Where are Canada's volcanoes? 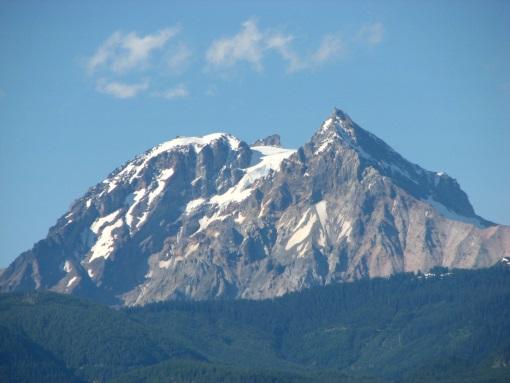 Many Canadians are unaware that western Canada lies along the Pacific “Ring of Fire” and has active volcanoes. In fact, there have been at least 49 volcanic eruptions in British Columbia and the Yukon Territory during the last 10,000 years. The forces that produced these volcanoes are still active, and some of them will erupt again, although we don’t know when

Mounts Garibaldi, Cayley, and Meager are three well-known examples in southwest British Columbia, but there are many others, including Nazko, Tseax, Lava Fork, Hoodoo, Volcano Mountain, and Edziza, all in more remote areas. Nearby volcanoes in Alaska and the western United States may also affect Canada. (Mount Baker, Washington, is the American volcano that poses the greatest hazard to Canada because it is only 23 km south of the Canadian border and is located close to the large population centres of southwest British Columbia.) The most recent eruption in Canada took place at Lava Fork in northwestern B.C. about 150 years ago. The last big explosive eruption in Canada took place 2350 years ago at Mount Meager, and the ash layer from this eruption can still be found as far away as Alberta.

Canada has five potentially active volcanic areas, all of which are located in British Columbia and the Yukon Territory:

A region may be volcanically quiet for centuries or even millennia, but a century is brief in geologic time — these volcanic areas all have the potential for future eruptions.

The White River Ash, the product of a huge explosive eruption near Mount Churchill in eastern Alaska about 1250 years ago. Here it is shown at Toshingermann Lakes in the southwest Yukon, about 130 km from the volcano. This ash layer represents a massive eruption: the eastern lobe of the White River Ash extends across the Yukon and much of the Northwest Territories. In Canada, it is detectable as a visible layer as far east as Great Slave Lake and as microscopic glass shards all the way across the country, in Newfoundland. It has also been identified in Ireland and northern Europe.

Report a problem on this page